“KEEP MOVING FORWARD” and be better this year 2021

Growing up I have a fascination with cartoon movies. One good reason for making them my favorite is because of their beautiful stories. Of course, the seamless animation is very important but that wouldn’t make sense without a good storyline, right?

One unforgettable movie for me is entitled, Meet the Robinsons. “Keep moving forward” is the motto in this movie and it is somehow inspiring to ponder upon.

In the movie, the main character is Lewis who invented the time machine which Goob stole. Lewis is a highly successful scientist who was an orphan and he wishes to go back in time to see his mother who left him. Goob, on the other hand, is the roommate of Lewis in the orphanage who is deeply embittered in life.

Goob blames Lewis’ late night inventions for his miserable life, being sleep-deprived he lost his little league game as a child. Goob obsessed over this defeat, scaring away his chances for adoption. While Lewis has been adopted, Goob stayed at the orphanage after it closed down, eventually blaming Lewis for his miserable life.

The story continues with how full-grown Goob did all that he could to destroy Lewis. While Lewis has accomplished a lot as a scientist, little did he know that his previous roommate still looms in despair over his defeat after all these years. In the movie they used his invention to finally alter the losing game of Goob, Lewis woke up Goob in time to catch the ball that wins him the game. Both Goob and Lewis ended up being adopted instead and had their chance of a better life.

As exaggerated as it may sound but a lot of people end up like Goob in real life. They either wish they have a time machine to correct their past or they sit on their defeats until time had run them out.

A lot of people are missing so much in life because they chose to dwell in the past. Sadly, we don’t have a time machine, and going back is never an option. I hope you didn’t stop moving just because you can’t forgive yourself or you cannot forgive others that have hurt you.

Sometimes even when God has already forgiven us we still choose to blame ourselves or those who have wronged us instead of moving on with life. The beauty of being a child of God is to experience His immense love when He forgives us our sins and when we are so loved by Him that we can forgive those who have hurt us.

In Isaiah 38:17, we’ve been saved from bitterness and corruption when God chose to cast our sins behind His back.

“Behold, for peace I had great bitterness: but thou hast in love to my soul delivered it from the pit of corruption: for thou hast cast all my sins behind thy back.”

The Lord is indeed merciful and gracious to forgive and remove us from our transgressions.

As far as the east is from the west,
so far hath he removed our transgressions from us. Psalms 103:12

God is rooting for us! His mercy offers us forgiveness and a new chance. He wants us to forgive ourselves too. He wants us to let go of all bitterness. His love is there to help us move forward and to get up after being hurt and offended by others. He doesn’t want us imprisoned by our sins or by offenses. If you’d listen carefully, you’ll hear Him say “My dear son/daughter, keep moving forward.” 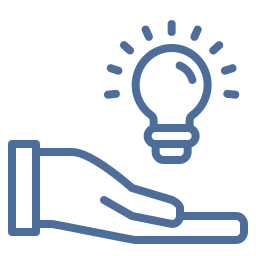 Want to learn Tagalog? We can help you learn Tagalog in an easy, effective and fun way. Book a tutorial with us!
BOOK NOW

The Best of Isabela Province: Places you must not miss!
The Truth Shall Set You Free
Never Miss These Top 3 Dishes in The Philippines!
What are you looking for? Feel free to search using the text box below.
x